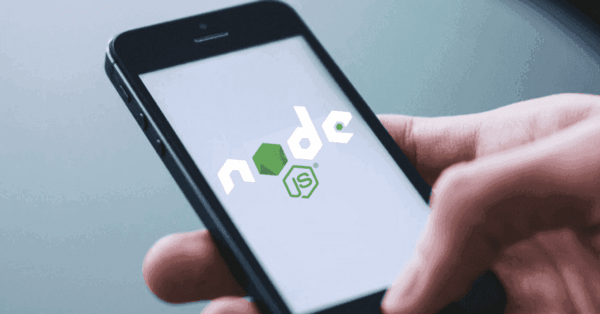 Are you wondering what’s the Node.js hype all about?

Or, what big players are using it and why? If your answer is “Yes”, then I’d like to present you a handy list of famous companies using Node.js for their apps. But before we jump right into the subject, let me first shortly introduce you to what Node.js is and why to use Node.js.

It is simply a JavaScript runtime. Lightweight, fast and modern way to execute code on your computer. (See "Why we love Node.js (and you should too!)")

What reason are the biggest companies using Node.js for?

Paypal is one of the largest and most well-known worldwide systems for Internet payments. The platform enables its users to transact with each other online quickly and easily in more than 100 currencies. According to Paypal, the service has over 184 million active customer accounts (as of 2015). The Company has been using Node.js to build consumer-facing side of their web applications.

“Node.js helps us solve this (boundary between the browser and server) by enabling both the browser and server applications to be written in JavaScript. It unifies our engineering specialties into one team which allows us to understand and react to our users’ needs at any level in the technology stack”.

The Node.js app was built almost twice as fast with fewer people, in 33% fewer lines of code and 40% fewer files (in comparison with previous Java based application).

LinkedIn is a business-oriented social networking service found in 2002 in Mountain View, California. LinkedIn allows users to invite anyone (whether a site user or not) to become a connection. It is available in 24 languages and already has more than 400 million members in over 200 countries and territories. LinkedIn uses Node.js to empower the server side of their mobile app.

"One reason was scale. The second is, if you look at Node, the thing it’s best at doing is talking to other services."

When compared with the previous Ruby on Rails based version, the new mobile app is up to 20 times faster and uses only a fraction of resources - servers were cut from 30 to 3. The development itself was unusually fast.

Yahoo is an American multinational technology company, focusing and globally recognized for its web portal, search engine and related services. According to Yahoo, service attracts more than 500 million consumers in more than 30 languages every month.

"You can make it scale, and it's very performant, and every property that we've moved over to the Node.js stack has seen an increase in performance"

Node.js has changed and unified the frontend developer culture at Yahoo, it already powers multiple sites, and will soon power most of Yahoo.

Mozilla is a non-profit organization, mostly well-known for it’s free, open-source web browser (Firefox) available for Windows, OS X, Linux, Android, and Firefox OS, in 80 languages. As of February 2016, Firefox has approximately 15% of worldwide usage as a browser, making it the second most popular web browser. Mozilla uses Node.js as a primary language in many of their web projects. One of them is Mozilla Persona, a cross-platform sign-in technology.

“We concretely decided to do Node for two reasons: One was the memory footprint" and "it was advantageous to be able to use the same language on the server side as well as the client side.”,“ It’s super empowering for the whole team”

Netflix is the world's biggest global provider of video streaming including movies and television series, available in over 190 countries. As of April 2016, Netflix reported over 81 million subscribers worldwide, with more than 46 million in the U.S itself. At Netflix, the whole user interface is built with Node. The technology proved so effective, that company wants to use it also in other layers of the stack.

The team decided to use Node.js to achieve lightweight, modular and fast application. As a result, the startup time of their new app has been reduced by 70%.

Uber is an American multinational online transportation network company offering its services in over 60 countries and 404 cities worldwide (as of April 12, 2016). The app pairs consumers with Uber drivers who use their own cars. At the end of a ride, the complete fare is automatically billed to the customer's credit card. As one of the first companies that put Node.js into full production, Uber has built its massive matching system on Node.js.

According to Uber, this technology has three core strengths: processes lots of information quickly; programs can be inspected and errors can be addressed on the fly - without requiring a restart, so developers can publish and deploy new code constantly; active open source community continuously optimizes the technology, so it gets better all the time, practically on its own.

Groupon is a global e-commerce marketplace that connects subscribers with local merchants by offering activities, travels, goods and services in special prices. By the end of March 2015, Groupon operated in more than 500 cities in 28 countries worldwide, had nearly 48.1 million active customers and featured more than 425,000 deals globally. In June 2015, company reported finish of migration of the whole Groupon web and mobile traffic from Ruby on Rails application to a new Node.js stack.

In comparison with earlier Ruby on Rails platform, web pages got faster by about 50% and are able to serve much higher traffic. Groupon states:

"We’re serving the same amount of traffic with less hardware compared to the old stack. Teams are able to deploy changes to their applications independently. We’ve been able to make site-wide feature and design changes much more quickly than we would have been able to with our old architecture."

GoDaddy is a publicly traded Internet domain registrar and web hosting company. As of January 2016, with more than 13 million customers and 61 million domains under management, GoDaddy makes the world's largest registrar. In the recent years company has revamped its entire backend to a fully open-source Node.js-based infrastructure.

“we are now using about 10x fewer servers to host our customer websites and we reduced the Time To First Byte (TTFB) considerably from ~60ms to something around ~12ms. Performance is a key differentiator when we talk about web applications, including a better position in Google's search results."

GoDaddy is now able to handle the same load with only 10% of the hardware.

Ebay is an American multinational e-commerce company, offering consumer-to-consumer and business-to-consumer internet sales services. It's free to use for buyers; fees for listing and selling the items are applied only to sellers. The service operates in 37 countries and by the first quarter of 2016, reached 162 million active users.

"We had two primary requirements for the project. First was to make the application as real time as possible–i.e., maintain live connections with the server. Second was to orchestrate a huge number of eBay-specific services that display information on the page–i.e."

Have you found this article interesting?

Would you like to build your own Node.js app?